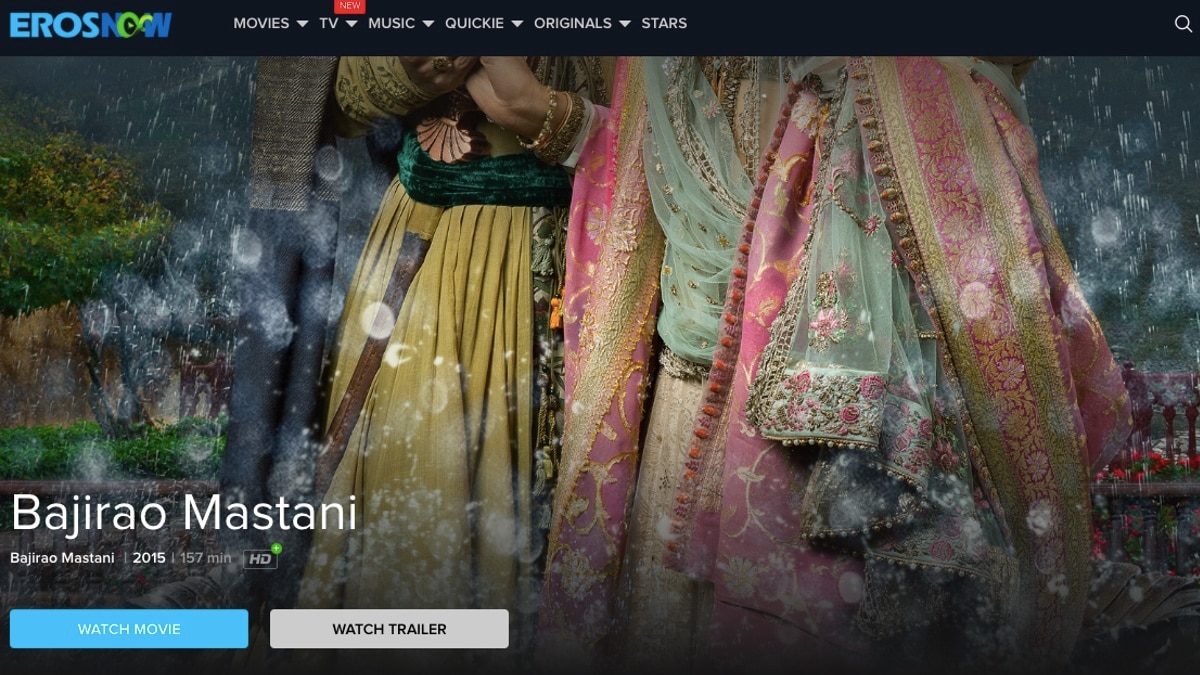 Streaming service Eros Now is popular in India, largely because of its extensive library of movies and shows produced by its parent company Eros International. The service uses a subscription-based model, priced at Rs. 49 per month or Rs 449 per year, and is now enhancing its offering with the addition of Dolby technologies. Eros Now has announced that it will be bringing Dolby Atmos and Dolby Vision support to its streaming service, starting with a few titles already available on the platform.

The platform has announced that some movies will come with support for Dolby Atmos at launch, including ‘Bajirao Mastani’, ‘Manmarziyan’, and ‘Action Jackson’. In order to watch these titles in Dolby Atmos, users will need a supported device; many smartphones and TVs come with native support for Dolby Atmos, including the recently launched OnePlus 7T Pro (Review) and OnePlus TV (Review). If viewed on a supported device, the titles will stream with enhanced audio through the Dolby Atmos format.

The service is also committed to bring Dolby Vision support to more of its catalogue soon, with Eros Now CEO Ali Hussein saying, “We are dedicated to increasing our content offering in Dolby Atmos and to bring our Originals in Dolby Vision in the near future”. Dolby Vision also requires compatible hardware, although an increasing number of TVs are coming with support for the HDR format.

In India, Dolby audio formats are supported on a number of streaming and DTH services, including Netflix, Amazon Prime Video, Tata Sky and Airtel Digital TV. Dolby Vision support is much more limited, with only Netflix offering a large catalogue of movies and TV shows in the format. Amazon Prime Video does support Dolby Vision and Atmos on its titles globally, but the rollout in India has been slow.

‘Who Is Bezos?’ US Student Asks as Amazon CEO Stands Next to Him