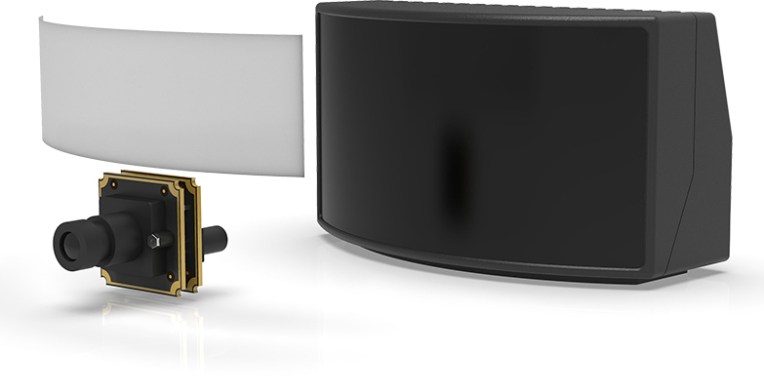 There’s no shortage of lidar solutions available for autonomous vehicles, drones, and robots — theoretically, anyway. But getting a lidar unit from theory to mass production might be harder than coming up with the theory in the first place. Sense Photonics appears to have made it past that part of the journey, and is now offering its advanced flash lidar for pre-order.

Lidar comes in a variety of form factors, but the spinning type we’ve seen so much of is on its way out and more compact, reliable planar types are on the way in; Luminar is making moves to get ahead, but Sense Photonics isn’t sitting still — and anyway, the two companies have different strengths.

While Luminar and some other companies aim to create a forward-facing lidar that can detect shapes hundreds of feet ahead in a relatively narrow field of view, Sense is going after the short-range, wide-angle side of things. And because they sync up with regular cameras, it’s easy as pie to map depth onto the RGB image:

These are lidars that you’d want mounted on the rear or sides of the vehicles, able to cover a wide slice of the surroundings and get accurate detection of things like animals, kids, and bikes quickly and accurately. But I went through all this when they came out of stealth.

The news today is that these units have gone from prototype to production design. The devices have been ruggedized so they can be attached outside of enclosures even in dusty or rainy environments. And performance has been improved, bumping the maximum range in some cases out to over 40 meters, well over what was promised before.

The base price of $2,900 covers a unit with an 80×30 degree field of view, but others cover wider areas, up to 95 by 75 degrees — a large amount by lidar standards, and in higher fidelity than other flash lidars out there. You do give up some other properties in return for the wide view, though. The proprietary tech created by the company lets the lidar’s detector be located elsewhere than the laser emitter, too, which makes designing around the things easier (if not exactly easy).

Obviously if people are meant to order these online from the company these are not going to be appearing in next year’s autonomous vehicles. No, it’s more for bulk purchases by companies doing serious testing, before their self-driving cars go into production.

Whether Sense Photonics kit or some other lucky lidar company’s ends up on the robo-fleets of tomorrow is up in the air, but it does help for your product to actually exist. You can find out more about the company’s lidar platform here.