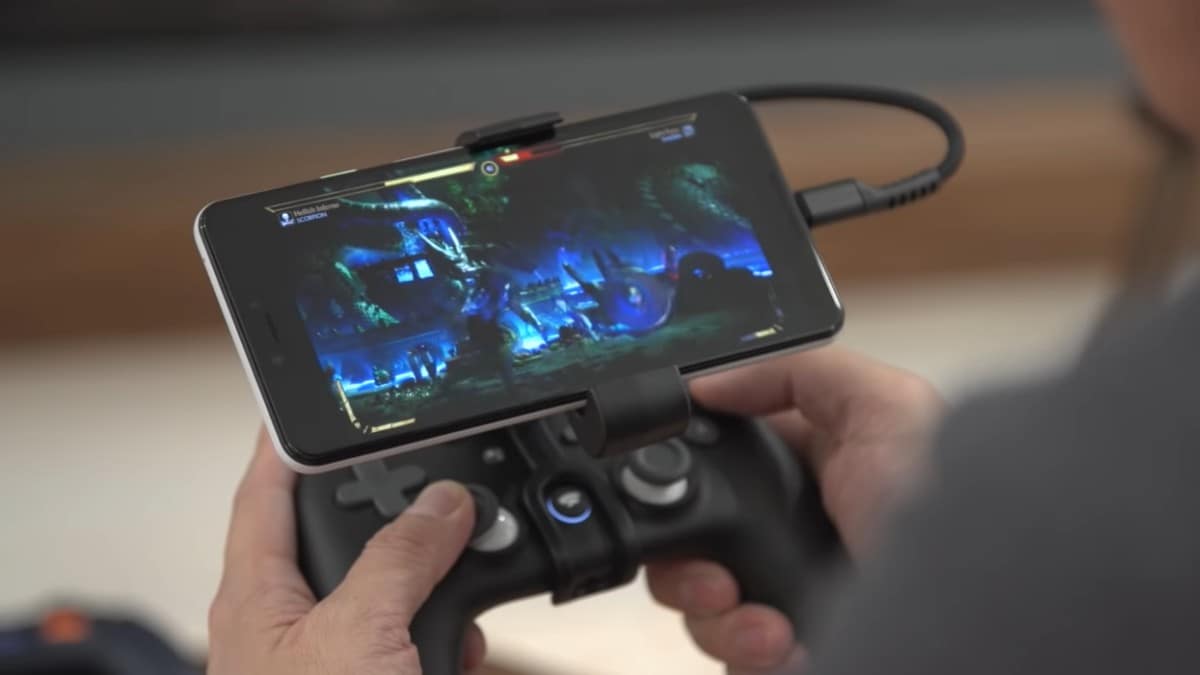 Google Stadia will launch on November 19, and ahead of its debut, Google’s team is in full steam clarifying all the prerequisites and compatibility details for its cloud-based game streaming service. Prior to Stadia’s debut, Google has unveiled a grip for Pixel phones and the Stadia controller called Claw. Google has also revealed controller compatibility details and firmware requirements for Chromecast Ultra to launch Stadia. But unfortunately, Stadia will miss a lot of features that Google promised when the service was unveiled, and they will be rolling out in the weeks following Stadia’s arrival on November 19.

In the latest Reddit AMA hosted by the Stadia team’s Beri Lee and Andrey Doronichev, Google made a host of revelations that many Stadia fans who pre-ordered the bundles won’t likely appreciate. But before we get into details, let’s go through a new hardware reveal. Google has unveiled a new grip (or clip) for the Pixel phones and the Stadia controller called Claw, and truth be told, it looks weird. The Claw will be manufactured by Made for Google partner PowerSupport, and it will be sold exclusively through the Google Store in the coming weeks.

Google has also detailed the compatibility of official and third-party accessories for enjoying Stadia on TV, supported Pixel phones and via Google Chrome. Following Stadia’s launch later this month, Wi-Fi connectivity for Stadia on TV will only be supported by the official Stadia controller, while USB and Bluetooth connectivity for mice, keyboard as well as PlayStation and Xbox Controllers will be live for Chrome v75 or higher. Take a look at the complete compatibility table below: 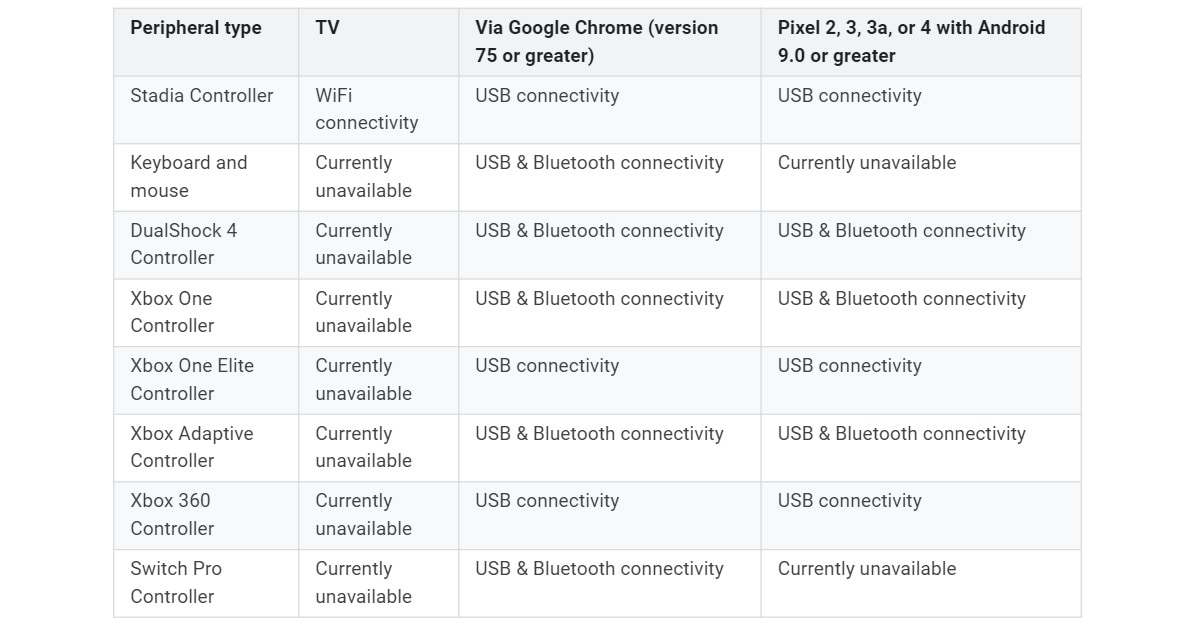 Coming to the disappointing parts, Stadia and Google Assistant integration will only be limited to asking the Google Home for launching a game in the initial phase. “On Day 1, you can ask your Google Home or your Assistant-enabled device to start a game on Stadia. It will turn on your TV and get you into the game! Soon after (I think it’s a few days, but I need to check) you’ll be able to use the Assistant button on your controller to interact with the Assistant while on your Stadia Homescreen on Chromecast. Then more devices (PC, Pixel phones). Then support for the Assistant during gameplay, etc”, Andrey from the Google Stadia team wrote.

Stadia will require an updated firmware of Chromecast Ultra that will only be present on the unit bundled inside in the Stadia package. Those who already own a Chromecast Ultra will have to wait a few more days to get the updated firmware. There is some bad news for those waiting for a Stadia Buddy Pass too. While the Stadia Founders and Premiere Edition bundles will begin shipping November 19 onward, Buddy Pass will only be provided to users about two weeks later after receiving the Stadia bundle.

Disappointingly, Family Sharing won’t be available on launch day, which means parents have to purchase games for their children’s account. Google says Family Sharing is a high priority feature, but it will only arrive early next year. Oh, and in case you are worried about compatibility with operating systems, take a look at the table below: 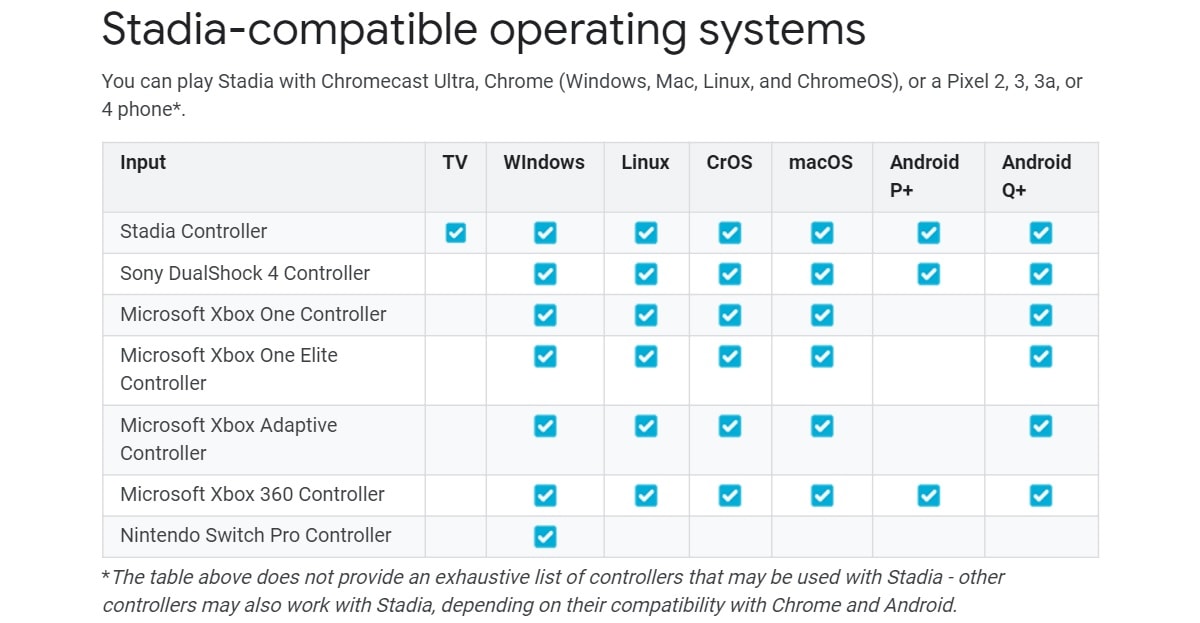 Moreover, users will have to tolerate letterboxing or pillarboxing on all devices that don’t have the 16:9 aspect ratio, since Stadia currently supports only 16:9 aspect ratio for 720p, 1080p, and 4K resolution. Lastly, PCs won’t support 4K, 5.1 surround sound and HDR support at launch, and will get it via an update next year. For more information, you can check out the complete Google Stadia Reddit AMA here.