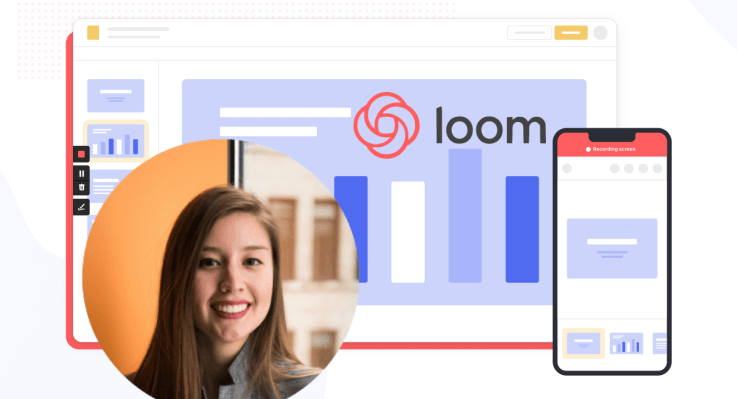 Why are we all trapped in enterprise chat apps if we talk 6X faster than we type, and our brain processes visual info 60,000X faster than text? Thanks to Instagram, we’re not as camera-shy anymore. And everyone’s trying to remain in flow instead of being distracted by multi-tasking.

That’s why now is the time for Loom. It’s an enterprise collaboration video messaging service that lets you send quick clips of yourself so you can get your point across and get back to work. Talk through a problem, explain your solution, or narrate a screenshare. Some engineering hocus pocus sees videos start uploading before you finish recording so you can share instantly viewable links as soon as you’re done.

“What we felt was that more visual communication could be translated into the workplace and deliver disproportionate value” co-founder and CEO Joe Thomas tells me. He actually conducted our whole interview over Loom, responding to emailed questions with video clips.

Launched in 2016, Loom is finally hitting its growth spurt. It’s up from 1.1 million users and 18,000 companies in February to 1.8 million people at 50,000 businesses sharing 15 million minutes of Loom videos per month. Remote workers are especially keen on Loom since it gives them face-to-face time with colleagues without the annoyance of scheduling synchronous video calls. “80% of our professional power users had primarily said that they were communicating with people that they didn’t share office space with” Thomas notes.

A smart product, swift traction, and a shot at riding the consumerization of enterprise trend has secured Loom a $30 million Series B. The round that’s being announced later today was led by prestigious SAAS investor Sequoia and joined by Kleiner Perkins, Figma CEO Dylan Field, Front CEO Mathilde Collin, and Instagram co-founders Kevin Systrom and Mike Krieger.

“At Instagram, one of the biggest things we did was focus on extreme performance and extreme ease of use and that meant optimizing every screen, doing really creative things about when we started uploading, optimizing everything from video codec to networking” Krieger says. “Since then I feel like some products have managed to try to capture some of that but few as much as Loom did. When I first used Loom I turned to Kevin who was my Instagram co-founder and said, ‘oh my god, how did they do that? This feels impossibly fast.’”

Systrom concurs about the similarities, saying “I’m most excited because I see how they’re tackling the problem of visual communication in the same way that we tried to tackle that at Instagram.” Loom is looking to double-down there, potentially adding the ability to Like and follow videos from your favorite productivity gurus or sharpest co-workers.

Loom is also prepping some of its most requested features. The startup is launching an iOS app next month with Android coming the first half of 2020, improving its video editor with blurring for hiding your bad hair day and stitching to connect multiple takes. New branding options will help external sales pitches and presentations look right. What I’m most excited for is transcription, which is also slated for the first half of next year through a partnership with another provider, so you can skim or search a Loom. Sometimes even watching at 2X speed is too slow.

But the point of raising a massive $30 million Series B just a year after Loom’s $11 million Kleiner-led Series A is to nail the enterprise product and sales process. To date, Loom has focused on a bottom-up distribution strategy similar to Dropbox. It tries to get so many individual employees to use Loom that it becomes a team’s default collaboration software. Now it needs to grow up so it can offer the security and permissions features IT managers demand. Loom for teams is rolling out in beta access this year before officially launching in early 2020.

Loom’s bid to become essential to the enterprise, though, is its team video library. This will let employees organize their Looms into folders of a knowledge base so they can explain something once on camera, and everyone else can watch whenever they need to learn that skill. No more redundant one-off messages begging for a team’s best employees to stop and re-teach something. The Loom dashboard offers analytics on who’s actually watching your videos. And integration directly into popular enterprise software suites will let recipients watch without stopping what they’re doing.

To build out these features Loom has already grown to a headcount of 45. It’s also hired away former head of growth at Dropbox Nicole Obst, head of design for Slack Joshua Goldenberg, and VP of commercial product strategy for Intercom Matt Hodges.

Still, the elephants in the room remain Slack and Microsoft Teams. Right now, they’re mainly focused on text messaging with some additional screensharing and video chat integrations. They’re not building Loom-style asynchronous video messaging…yet. “We want to be clear about the fact that we don’t think we’re in competition with Slack or Microsoft Teams at all. We are a complementary tool to chat” Thomas insists. But given the similar productivity and communication ethos, those incumbents could certainly opt to compete. 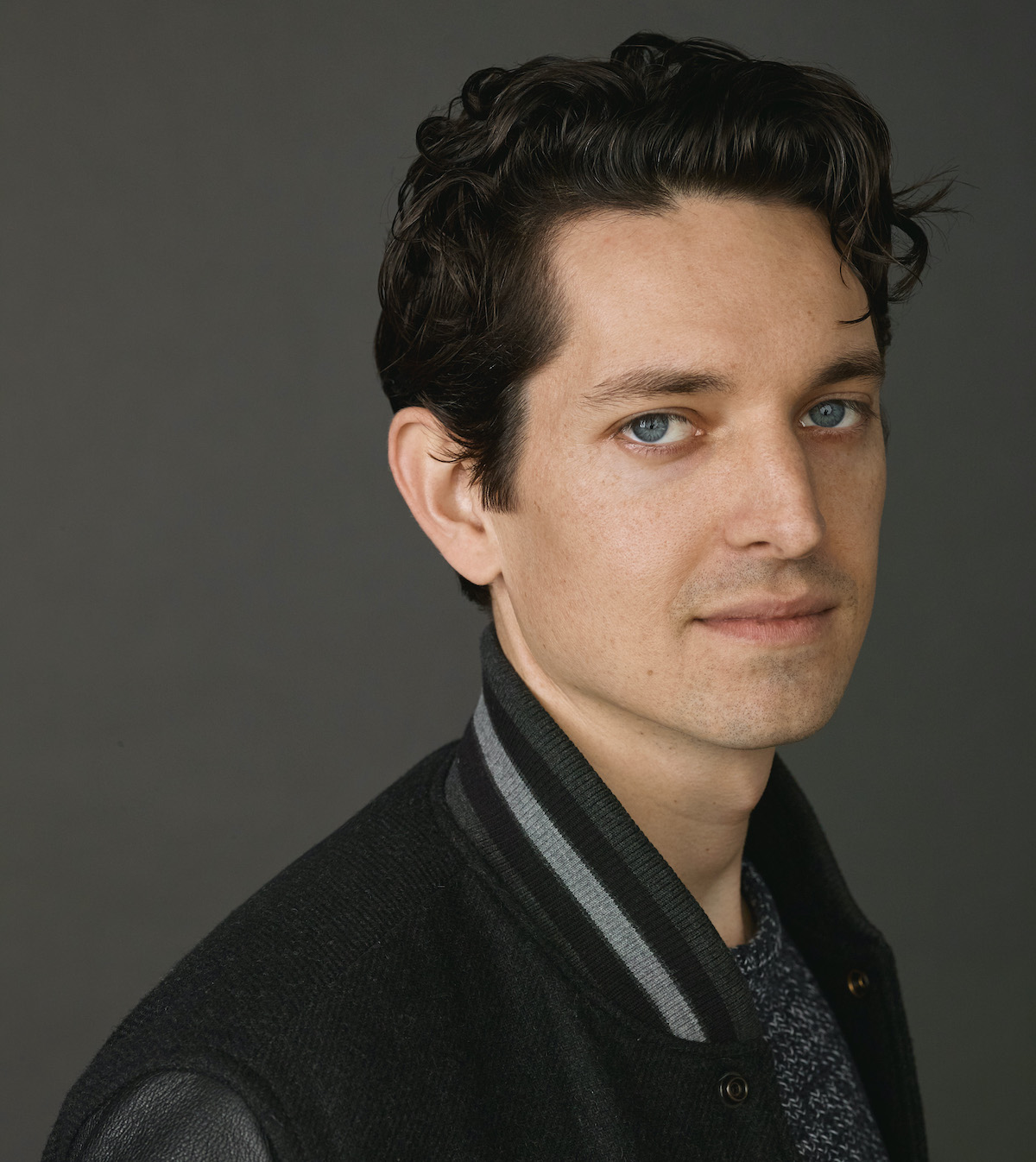 Hodges, Loom’s head of marketing, tells me “I agree Slack and Microsoft could choose to get into this territory, but what’s the opportunity cost for them in doing so? It’s the classic build vs. buy vs. integrate argument.” Slack bought screensharing tool Screenhero, but partners with Zoom and Google for video chat. Loom will focus on being easily integratable so it can plug into would-be competitors. And Hodges notes that “Delivering asynchronous video recording and sharing at scale is non-trivial. Loom holds a patent on its streaming, transcoding, and storage technology, which has proven to provide a competitive advantage to this day.”

The tea leaves point to video invading more and more of our communication, so I expect rival startups and features to Loom will crop up. Vidyard and Wistia’s Soapbox are already pushing into the space. As long as it has the head start, Loom needs to move as fast as it can. “It’s really hard to maintain focus to deliver on the core product experience that we set out to deliver versus spreading ourselves too thin. And this is absolutely critical” Thomas tells me.

One thing that could set Loom apart? A commitment to financial fundamentals. “When you grow really fast, you can sometimes lose sight of what is the core reason for a business entity to exist, which is to become profitable. . . Even in a really bold market where cash can be cheap, we’re trying to keep profitability at the top of our minds.”