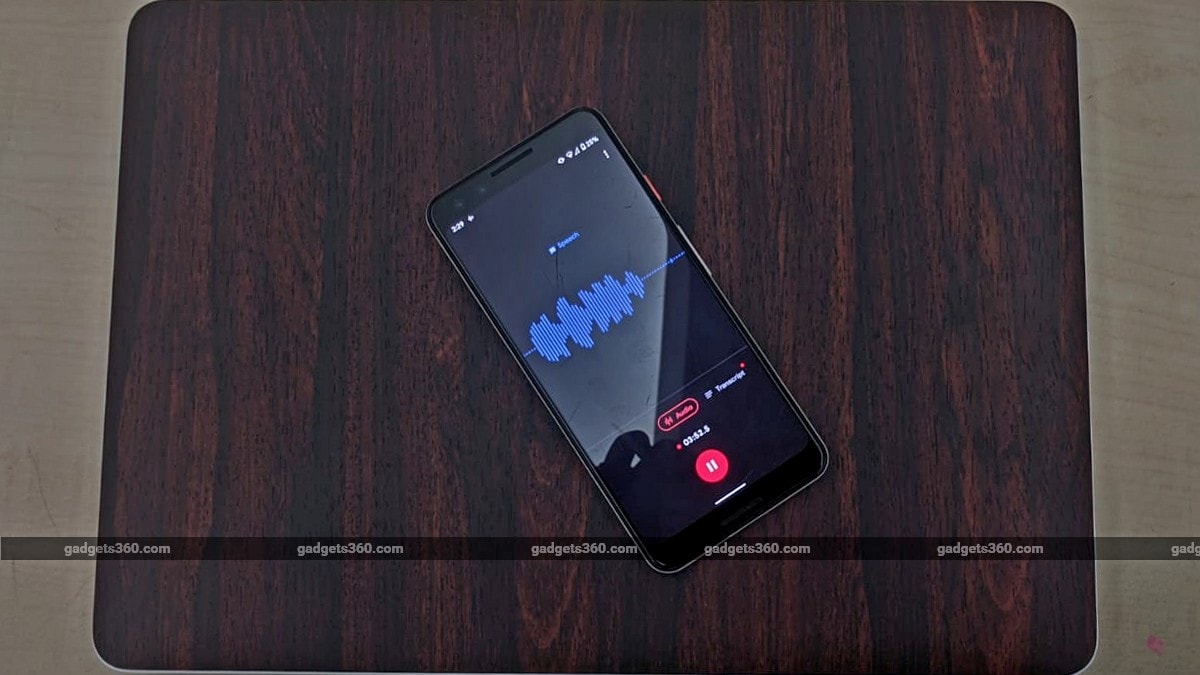 Google’s AI-powered Recorder app, which has so far been available exclusively for Pixel 4 owners, is now compatible with the Pixel 2, Pixel 3, and Pixel 3a series phones. The Recorder app uses the power of artificial intelligence to automatically transcribe the users’ audio recordings and it also lets its users search for specific parts of a clip. The app can be downloaded from the Google Play Store.

The search engine giant also claims that the app is able to label users recording based on what it hears. In other words, it can tell the difference between the spoken word and, say, a recorded jam session in the studio, The Verge reported on Thursday.

Google announced the extended availability of the Recorder app in a tweet. The company noted that the app only support English right now. There is no word on when other languages will be supported. There is no clarity on the geographical availability on the app as well. However, Gadgets 360 can confirm that Recorder can be downloaded in India for Pixel smartphones.

The Pixel 3, Pixel 3a, and Pixel 2 now have the same theme customization feature as the Pixel 4, along with the Live Caption feature.