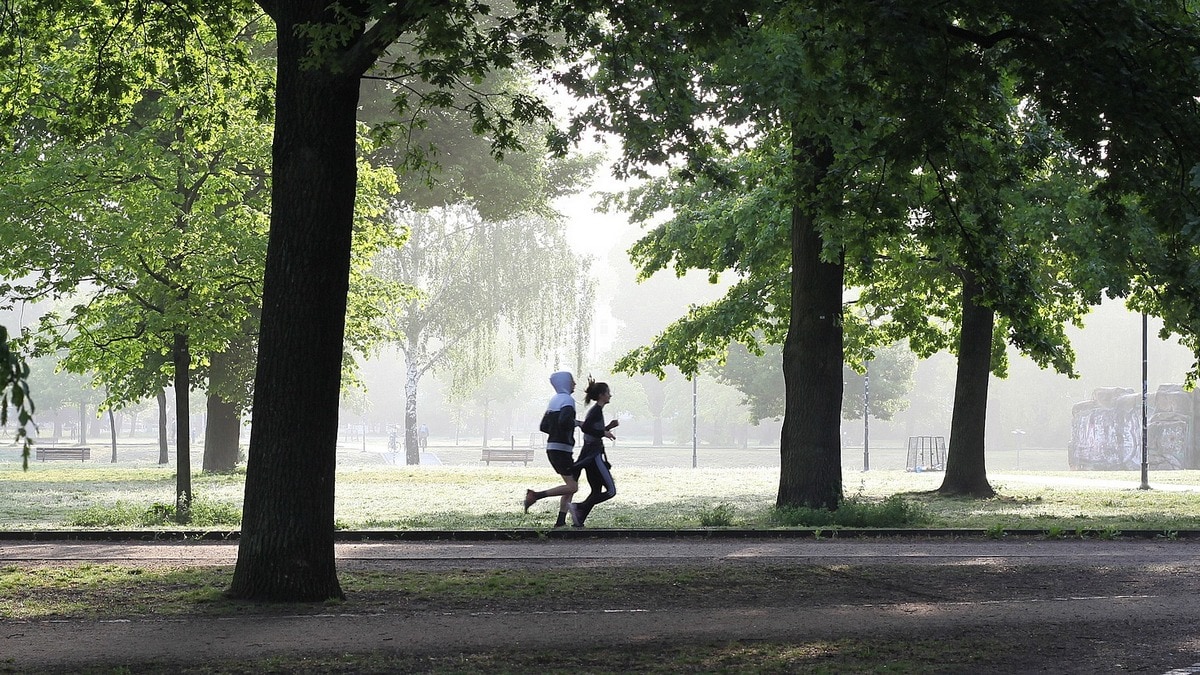 When Bri Cawsey began running in 2008, she quickly got hooked on the sport and wanted to get faster. So she did what many runners do and bought a GPS watch that would give her real-time feedback on her pace, mileage and other metrics. First, she enjoyed the data readout. Before long, she connected her watch to an app that helped her track calories, as well. Then she added a second watch, more sophisticated than the first, and began comparing the data from the two for better accuracy. By about 2012, Cawsey found she couldn’t do anything without a tracking watch on her wrist.

The obsessiveness all the data spurred turned out to be bad for Cawsey’s running and for her life: her times stopped improving because she was pushing too hard and she had trouble getting pregnant as her training wreaked havoc on her period.

“I realised I was hurting my body and that the data was running my life,” Cawsey, now 34, says.

Hollie Sick also developed an overdependence on technology, the data on her GPS sports watch driving her to do more and faster. In 2011, the runner wound up with a stress fracture in her tibia that forced her to lay off all sports for two months. “I became fixated on my pace,” she says. “Instead of running my easy runs easy, I ran too fast on every run.”

Today, she often leaves the watch at home. “I will only use my GPS for specific workouts or races,” says Sick, who is now 29. “I have no real idea of what I’m running on my easy days – I let my body decide instead of my watch.”

The paradox is real: Runners (along with cyclists and other athletes eager to track their mileage and time) can get all the data they want these days and use it to get faster. Yet, for many, that feedback can lead to overtraining, poor results and unhealthy behaviours. The bottom line, many experts say, is that far too many athletes are overdependent on their devices.

“We are increasingly becoming a visual and data-driven society – many of us tend to get validation and comfort from numbers surrounding a workout,” says Adrienne Langelier, a sports psychology consultant from the Dallas area. “Running watches are now easily available and have more functionality than ever, creating a new norm surrounding run efforts.”

“Technology is great when used appropriately,” says Jennifer Harrison, a Chicago-based running and triathlon coach. “It gives us objective measure points and, as a coach, I can use that feedback to track and monitor my athletes’ progress. But it is too easy to become too dependent on it.”

Harrison estimates that 95 percent of the athletes she works with rely on technology.

The ones who don’t generally are older, more seasoned runners and triathletes. While experienced athletes who use technology can certainly suffer its pitfalls, it tends to be the new-to-the-sport athletes who tend to have the most trouble.

“There’s an entire generation of athletes for whom, if it’s not tracked, it didn’t happen,” Harrison says. “As a coach, it’s my job to manage the data behind the scenes, but also to teach athletes to tap into their effort levels.”

When athletes rely too much on technology, they often lose the ability to understand what is best for their bodies, trusting the data readout over how they feel. Technology cannot measure such factors as stress, lack of sleep, fatigue, overtraining or oncoming illness, which are important considerations both for interpreting training results and for balancing training with staying healthy.

“If it’s 90 degrees out, you aren’t going to be able to keep your normal pace on a run,” Harrison says. “Yet I have athletes who fall apart when they see their pace slowing in these circumstances.”

A 2016 analysis, published in Frontiers in Physiology that focused on self-regulation in endurance sports, found that sticking to a specific pace or exertion level can lead to a dip in performance. The study concluded that excessively relying on technology to dictate pace can lead to anxiety and negativity surrounding performance, which can hurt outcomes.

A small 2015 study from the journal Medicine and Science in Sports and Exercise found that when cyclists in the study group were hyper-focused on hitting a certain measurement – such as the pace on a watch – their perceived exertion was high. Conversely, when letting go of specific metrics and focusing instead on factors such as form, breathing or even nothing at all, athletes tended to achieve better results, as much as 10 percent better.

This is no surprise to Hollie Sick. Since reducing her reliance on a GPS watch, she has felt happier with her running and also healthier.

“I’m actually running more miles and doing it injury free, because I am listening to my body instead of my watch,” she says. “I’ve got loops mapped out so I know their distances and I just go run them without technology and feedback.”

Harrison subscribes to this approach and asks all her athletes to spend several workouts per week without a watch.

“I definitely have data hoarders who will fight me on this,” she says. “But I will have heart-to-heart conversations about the downsides and then ask that they give me subjective feedback from their workouts, rather than the data points.”

Most athletes will generally fall in line with this approach once they’ve tried it, she says.

Cawsey admits that weaning herself off the feedback was difficult.

“It took me a few tries to get it right,” she says. “But every time I returned to the data, I felt myself slipping back into old habits.”

Today, as the mother of an 8-week-old infant, Cawsey is looking forward to returning to running – without a data watch. “I’m excited to simply run for pleasure,” she says. “I feel like I lost a piece of myself because I was so focused on the data.”

Harrison sees athletes across a wide spectrum of data dependence.

“I’m empathetic to the desire for information, and also to those who find themselves on overload,” she says. “Ultimately, it’s my job as their coach to help them find a happy medium.”