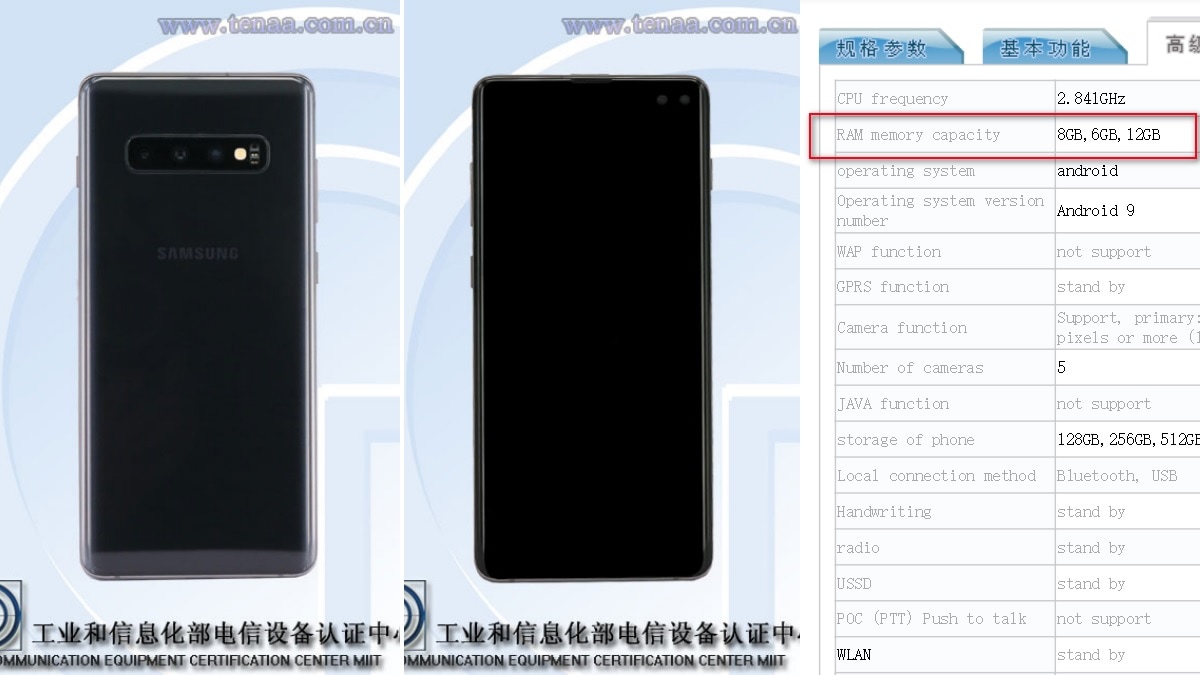 Samsung is rumoured to launch the Galaxy S11 series of flagship phones in the third week of February next year, but it appears that a Galaxy S10+ variant might go official before the company’s next Galaxy Unpacked event. A new variant of the Galaxy S10+ packing 6GB of RAM has received certification in China, and might eventually debut as a cheaper model of Samsung’s flagship phone. But so far, there is no word on its estimated pricing, and details about its market arrival have also not surfaced online yet.

A new Galaxy S10+ model carrying the model number SM-G9750 has received the TENAA certification. The images and specifications listed on the TENAA database are identical to what we’ve already seen and know, except for a notable change – the RAM capacity. TENAA lists the phone’s RAM capacity at 8GB, 6GB, and 12GB.

Now, the Galaxy S10+ offers 8GB of RAM with its 128GB and 512GB variants, while the 1TB storage variant packs 12GB of RAM. It must be noted that Samsung currently does not offer a Galaxy S10+ variant that packs 6GB of RAM. However, the TENAA listing suggests it will change soon, as Samsung might soon unveil a cheaper version of the Galaxy S10+ that will come equipped with lower RAM capacity.

But it is unlikely that Samsung will hold a launch event to introduce the new Galaxy S10+ variant with 6GB of RAM, and might quietly list it up for sale. We are yet to come across any information from Samsung regarding the launch of a new Galaxy S10+ variant, and so far, the leak arena has also been quiet about its pricing and market availability details.