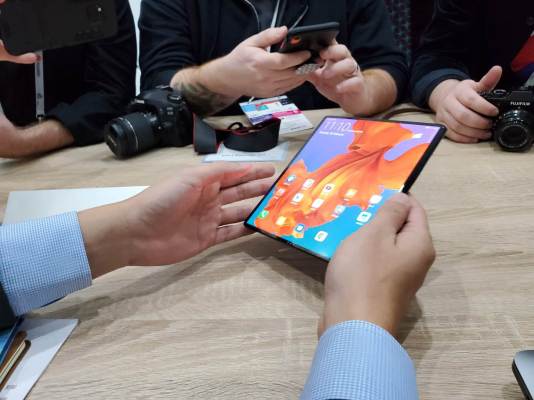 When we met up with Huawei at their Shenzhen headquarters earlier this year, details on the Mate X were hazy, at best. We did have the opportunity to play around with the forthcoming handset a bit over lunch, but the unit looked largely unchanged from what we’d seen at MWC earlier in the year. Release plans, too, were vague.

There was surely a bit of strategery happening behind the scenes on this one, as the company figured precisely how to tackle a post-Galaxy Fold market. At an event for French press in China this week, however, consumer CEO Richard Yu seemingly confirmed that the foldable is set for a first quarter launch in Europe next year following its November launch in China.

Details aren’t clear, the device arriving in that market appears to be the already debuted version, while a new and improved version of the device is set to be announced next year. That model will have a stronger hinge and display and an updated chipset. Word is it’s set to debut at Mobile World Congress in February.

That seems like as good a reason to holdout on purchasing the extremely pricey device as any. Though, it should be noted that Huawei’s first swipe at the form factor was nearly universally regarded as a step up from Samsung when it was unveiled last February. Even so, the company understandably went back to the drawing board in the wake of fallout from Samsung’s own foldable woes.