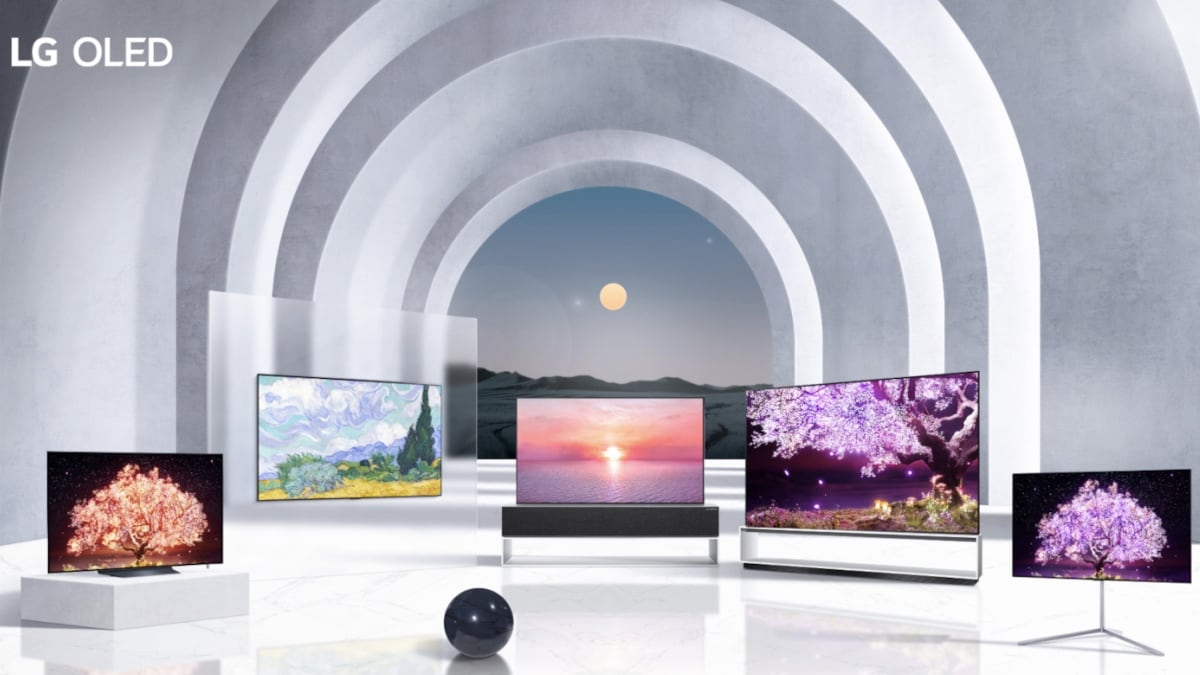 LG has announced its new range of OLED televisions at CES 2021, with various models in different sizes and across multiple product ranges. Although the information available is a bit difficult to decipher, it appears that there are at least five ranges of the upcoming OLED televisions from LG — A1, B1, C1, G1, and Z1 — which will cater to different price and feature segments. The C1 range appears to be the mid-range option here that will launch in sizes ranging from 48 inches to 83 inches.

The new range of LG OLED TVs has been announced alongside the QNED TV range of Mini LED TVs, which was teased a couple of weeks ago. The new product range includes NanoCell TVs, as well as a new 4K OLED monitor with a 31.5-inch display, targeted at creative professionals. The monitor is said to cover 99 percent of the DCI-P3 and Adobe RGB colour spectrum, and has plenty of ports for connectivity.

The Korean electronics conglomerate has also announced ‘OLED evo’, said to be an advanced technology for OLED displays that promises better luminosity for higher brightness and what LG claims will be superior picture quality. The new technology will be available on the LG G1 range of televisions that will come in sizes ranging from 55 inches to 75 inches, based on the information available at the moment.

All of LG’s new televisions will run on the webOS 6.0 smart TV platform, while the new Alpha 9 Gen 4 picture processor will power some models including the C1, G1, and Z1 series, some QNED models, and some NanoCell models. The processor also incorporates virtual 5.1.2 surround sound in the televisions, along with the ability to detect content genre and optimise picture quality accordingly. HDR formats up to Dolby Vision IQ and Dolby Atmos will also be supported on the new TVs.

The company has also announced that Google Stadia support is coming to various LG smart TVs, thanks to integration with webOS 6.0. This won’t come till later this year, though LG claims that it will be the first manufacturer to support Stadia after Google’s own hardware. GeForce Now support is also coming, TechCrunch reports.

Although it all sounds a bit confusing when it comes to specifications, the key takeaway here is that LG’s new range of OLED, QNED Mini LED, and NanoCell TVs have been updated to feature the latest technologies and standards, and will be available across global markets in the coming weeks. Pricing and region-specific availability are yet to be announced.

Is Mi QLED TV 4K the best affordable smart TV for enthusiasts? We discussed this on Orbital, our weekly technology podcast, which you can subscribe to via Apple Podcasts, Google Podcasts, or RSS, download the episode, or just hit the play button below.