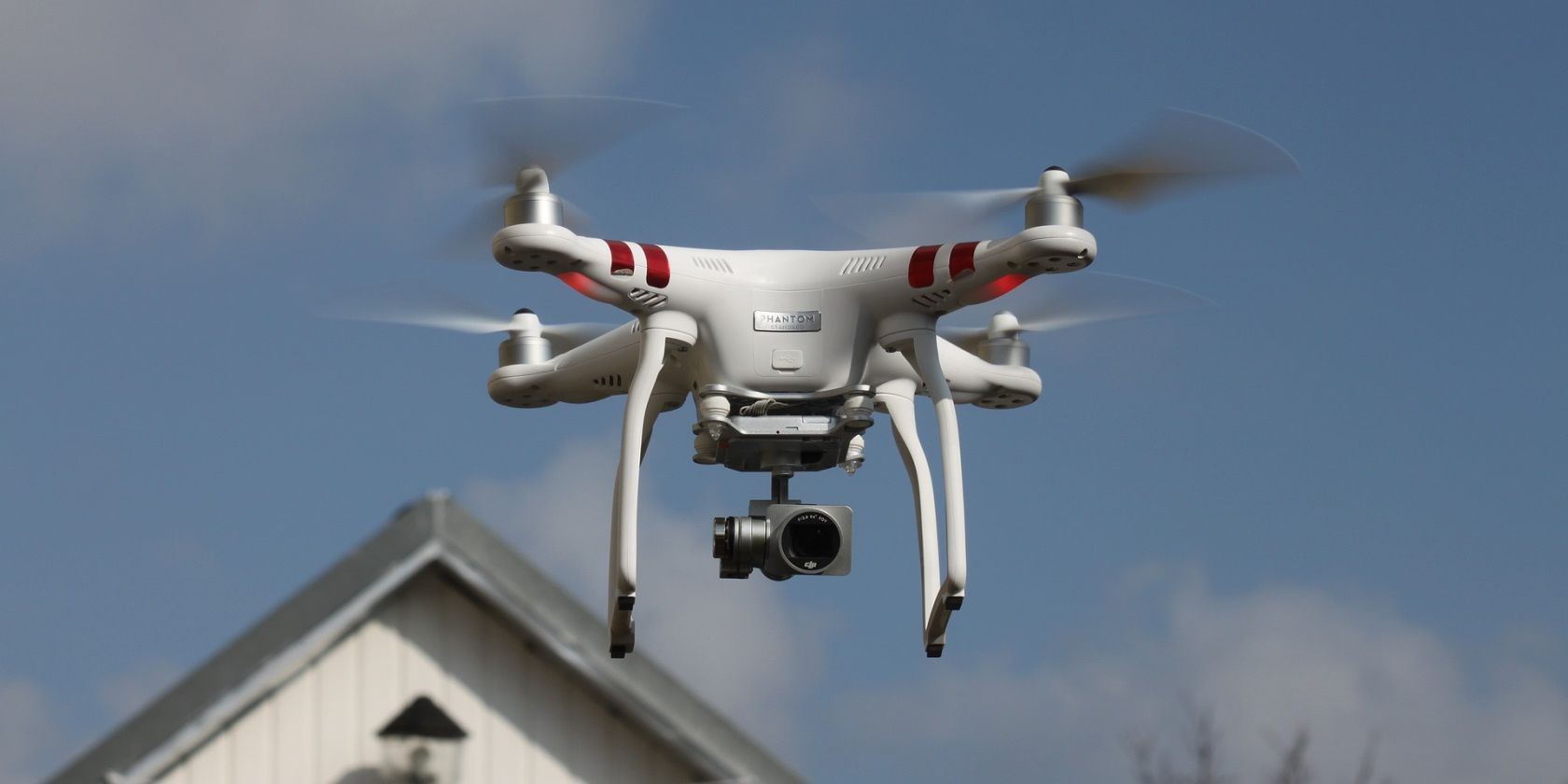 From parcel delivery to brilliant filmmaking, drones are becoming more advanced each day. What’s great is that you can even get yourself a cool drone at an affordable price. Maybe you already own one and would like to learn more about it.

So, how does a drone actually fly? And how is a drone different from a radio-controlled (RC) plane?

Despite taking brilliant videos or capturing breathtaking pictures, what are some of the main uses of drones?

Let’s find out the answers for all of these questions.

What Are the Main Types of Drones?

Drones are also referred to as unmanned aerial vehicles (UAVs), and there are two types that you especially need to keep in mind: fixed-wing and rotary drones. The fixed-wing drone has its wings fixed to the body of the aircraft. This drone uses its wings to create a lifting effect while cruising.

On the other hand, rotary drones are made of propellers that are fixed to motors. To create a lifting effect, the motors spin the rotary wings.

One of the most popular rotary drones is the quadcopter—a drone with four motors and four propellers. And because quadcopters are so popular, we’ll use them as a primary example when exploring how drones fly.

How Do Drones Fly?

Drones comprise several components that help make their flight as smooth as possible. Let’s take a look at these various drone components:

Related: Important Checks to Make Before Flying a Drone

Some drones even make it possible for you to pre-program specific GPS coordinates and create an automated flight path. Most modern drones are so advanced that you can even control them using your smartphone or tablet.

Drones rely on their rotors for propulsion and control. These rotors are made up of propellers that are attached to motors. In order to hover, two of the quadcopter’s rotors spin clockwise, while the other two rotate anticlockwise. When this happens, the propellers push the air molecules downward and help lift the drone.

The faster these rotors spin, the greater the lift. Once the drone is airborne, it’s able to move forward, backward, and sideways by spinning each of its propellers at a different speed.

Some drones come with built-in technological elements that help make their flight safer. A significant feature of modern drones is obstacle avoidance technology.

Using a series of sensors, these drones will alert you if there’s an obstacle in the flight path. If you fly the drone too close to the obstacle, the drone could stop and hover in place until your shift it away from the obstacle. Some advanced drones can even use their sensors to find a safe landing place in case their battery power gets too low.

However, advanced drone technology isn’t only flight-related. Other drones have special equipment that helps conduct a particular task. For example, the drones used in photography usually have a brilliant camera and a gimbal that helps hold the camera in place.

What Are Some Common Uses of Drones?

Drones are commonly used for recreational purposes, but they’ve got several other uses in various sectors.

Here are some prominent uses of drones:

Some drones come with infrared sensors, and this makes them a game-changing tool in search-and-rescue missions. These sensors help locate humans by their heat signature during natural disasters.

The sensors equipped on drones can come in handy for several industries. For example, the agricultural industry uses heat sensors on drones to detect the temperature of livestock and the presence of water.

Using specific electromagnetic sensors, drones can help gather critical geological information. Geophysicists can use this data to identify locations that show the presence of oil, gas, and minerals.

Drones make it easy to survey land and gather critical information that can serve useful during construction. Some real estate agents have begun using drones to gather video and imagery for home and building inspections.

Drones can come in handy when it comes to various aerial surveillance purposes. For example, farmers use drones to monitor their crops and livestock, while fire departments use drones to track and map wildfires.

Drones are used extensively in filmmaking because they provide a cost-effective way of taking footage from high altitudes. This also makes filmmaking convenient as opposed to relying on helicopters or other manned aircraft.

6. Detecting Bombs and Performing Airstrikes in the Military

One of the oldest, most well-known uses of drones is in the military. The army usually equips drones with laser range finders, thermal imaging instruments, and other advanced tools that help detect bombs and perform airstrikes.

Delivery services are some of the most popular uses of drones in the modern day. Grocery chains and companies of all sizes have started providing convenient delivery services using drones.

How Are Drones Different From RC Planes?

Although both the drone and an RC plane rely on a remote-controlled device, they have several differences. What mainly makes the two distinct is the way they’re controlled and used.

When compared to a typical RC plane, a drone is capable of flying autonomously and is usually easily more manoeuvrable than an RC plane. Also, drones are advanced enough to easily carry loads and cameras.

When it comes to applications, RC planes are primarily used for recreational activities, while drones serve other vital purposes.

Drones are some incredible pieces of technology, and these devices will only become more advanced in the near future. These devices have a fascinating flight mechanism and come with some intriguing technological elements. While you can grab yourself a drone for recreational purposes, these devices can also serve critical purposes in various industries.

The Top 10 Crazy Things You Can Do With a Drone

Drones are more than just spying and HD videography. Here are several drone projects that will change the way you think about flying drones.

Modisha is a Tech Content Writer & Blogger who’s passionate about emerging tech and innovations. He enjoys doing research and writing insightful content for tech companies. He spends most of his time listening to music and also likes playing video games, traveling, and watching action-comedy movies.