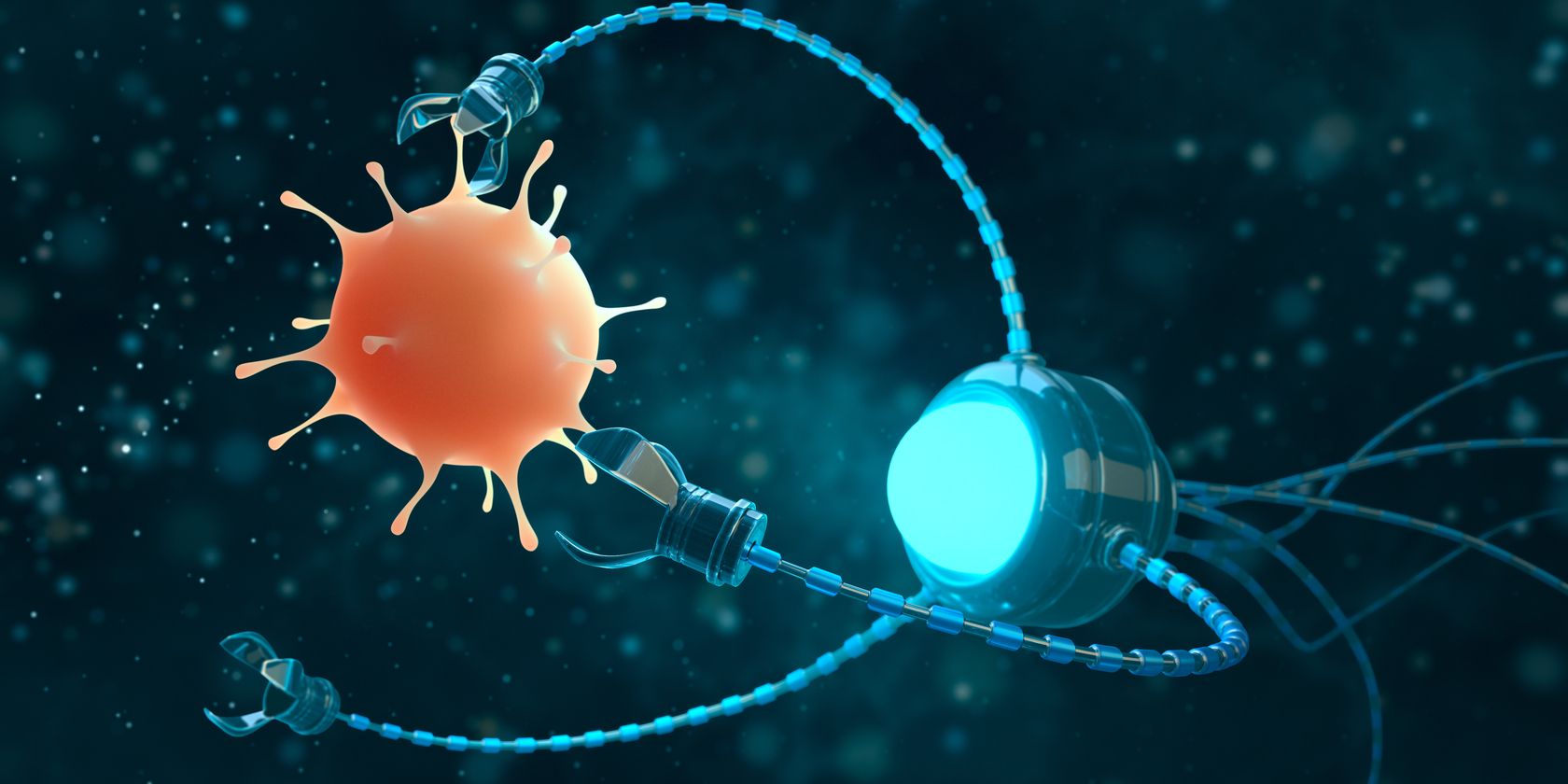 When you imagine the future of robots, you may imagine something human-sized or bigger. In truth, robots come in all shapes and sizes, and some of them are so small you can’t see them clearly with the naked eye. Yet, despite their small size, they have huge roles to play in our future.

So, let’s check out some examples of small robots and how they make our life easier.

Cancer’s main defense is its ability to move undetected within the human body. Usually, when a foreign body attacks you from within, your immune system kicks in and disposes of the intruder as soon as possible. However, a rogue cancer cell can shed itself of all identifying elements, so it looks like a regular part of your body to your immune system.

As such, there are currently two theories as to how to fight cancer; either tag them so that the human body knows to attack it, or send in agents to do the fighting instead. And while we haven’t got the technology to shrink down doctors to perform the latter, we can use nanomachines to do the job.

As reported by Phys, scientists are considering using nanobots to take the fight to the cancer cells. These robots are 10 times smaller than a red blood cell, so the scientists can’t use a remote to move them around.

When the nanomachines arrive at their destination, scientists can use ultrasound to move them more precisely. The nanomachines are so small that ultrasound waves can push them around, while the red blood cells are big enough that they’re not affected by the force.

Once the nanomachines are at the site, another burst of sound forces them to deposit their anti-cancer medicine. This allows scientists to attack cancer cells that are located in sensitive, inoperable areas, such as some kinds of brain cancer.

2. Delivering Medicine to the Human Spine

While we’re in the world of medicine, nanobots are useful in more areas of healthcare than fighting cancer. They’re also fantastic for delivering medicine in really sensitive areas, such as the nervous system.

Related: Apps to Improve Your Posture and Fix Back or Neck Pain

As reported on the World Economic Forum, scientists are experimenting with guiding nanobots using magnetic fields around the body. This allows pinpoint precision medicine distribution without affecting any surrounding cells.

Unfortunately, the scientists called the robots “magnetically aligned nanorods in alginate capsules,” or “MANiACs” for short. However, while they sound like a nanobot virus from a cyberpunk story, these little helpers can be guided to the spinal cord to dispense medicine.

This is really helpful because it can be hard to deliver medicine to the spine. Taking pills and injections can only go so far, and there might be side effects from other parts of the body that aren’t intended to be the target. By giving the medicine to a tiny, targeted robot, it ensures the medicine gets to the location without affecting anything else on the way.

Plastics seemed like a fantastic idea when they were first invented. Since then, however, we’ve learned that they have the ability to clog up nature and ecosystems in a nasty way. By the time we realized it, it was too late: the world had become polluted with little fragments of plastics undetectable to the human eye, called “microplastics.”

While these tiny shards of plastic may seem insignificant, they can enter the bodies of animals, clog up organs, and caused damage to life wherever they’re found. Due to their small nature, it’s impossible for humans to go around with a trash grabber and pick them all up. As such, we may need to use the aid of nanobots to do the job for us.

As reported on Scientific American, there has already been a proof-of-concept trial showing that nanobots can get rid of microplastics. The robots are about the size of bacteria and can drive around by themselves. When they encounter a microplastic, they stick onto it and aid with breaking it down.

The results were really impressive:

The researchers tested the microrobots on four types of plastic. After a week, all four had begun degrading, losing between 0.5 and 3 percent of their weight. In another test, the microrobots propelled themselves through a small channel and were collected by a magnet, bringing up to 70 percent of microplastic particles along for the ride.

Hopefully, these tiny troopers will help clean up the mess that we’ve created in our ecosystems.

The coronavirus pandemic tested our ability as a species to adapt to a new contagious virus. Even after the ripples of the virus died down, people are still looking into ways to stop this from happening again. And one proposed layer of defense is an army of tiny robots that can “deactivate” the virus before they enter our bodies.

Related: What COVID-19 Has Meant for Smart Home Technology

As reported by edexlive, an IIT Madras alumni called Gautam Reddy created a business called Muse Nanobots to do just that. One of Reddy’s ideas is to make face masks that actively attack viruses as they arrive, instead of merely shielding the patient. As Reddy himself puts it:

“The nanotech coating on the fabric is able to attract the virus and inactivate it. It pulls apart the membrane of the virus, releasing the RNA and rendering it incapable of causing damage.”

Reddy believes he can put this technology to further use on fabrics such as bedding so that the beds of ill patients in the hospital can be kept sterile and safe for the staff to handle.

One Small Step for Robots, One Giant Leap for Mankind

Robots don’t have to be human-sized to make a difference in the world. There are plenty of examples of teeny-tiny robots that can do just as an important job as the big dogs. Hopefully, we’ll see more widespread use of these mini-miracles to help humanity get back on track.

You’ll be amazed at some of the lifesaving technology about to hit your local healthcare facilities.

A Computer Science BSc graduate with a deep passion for all things security. After working for an indie game studio, he found his passion for writing and decided to use his skill set to write about all things tech.