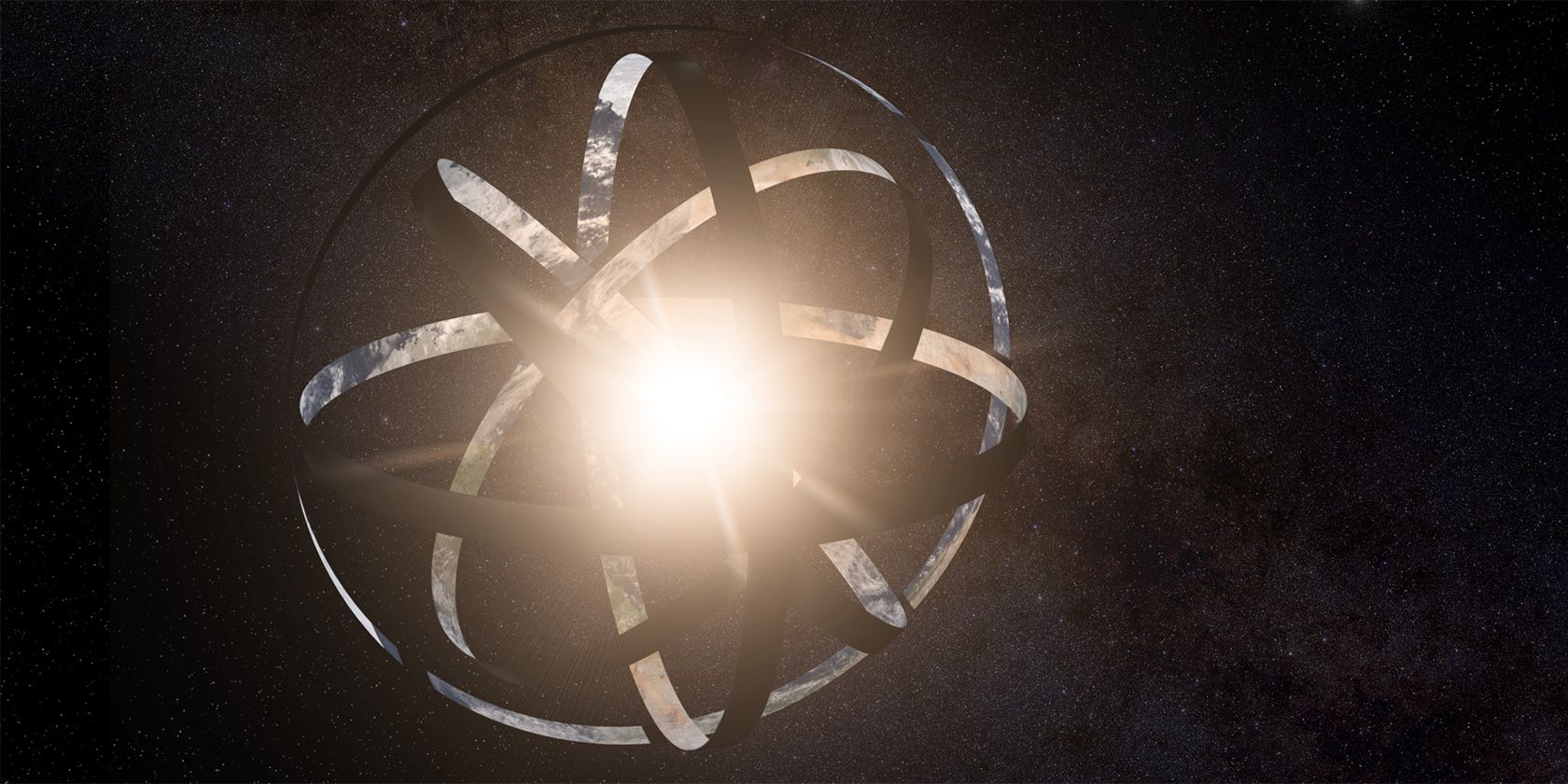 Today, it already feels like the human race is incredibly advanced. After all, compared to where we were a thousand, or even a hundred years ago, we definitely are. We’ve got craft in the Earth’s orbit, we’ve landed on the moon, and now we’re on our way to Mars!

But, what are the next major steps for humanity? This is where the idea of a Dyson sphere comes into play. So, what is a Dyson sphere, and how realistic is it?

What Is a Dyson Sphere?

A Dyson sphere is a truly mammoth mechanism, big enough to surround an entire star. The purpose of this megastructure is to absorb the energy released by a star, for use by humans, be it on Earth or elsewhere.

The idea of a Dyson sphere was first put forward in the 1960s by theoretical physicist Freeman Dyson, where he theorized that orbiting solar collectors could be used to harness the energy of stars. Such a venture has been an interesting topic of conversation ever since. Scientists and enthusiasts alike have since considered the feasibility of such a structure, given its immense size.

To put the proposed size of a Dyson sphere into numbers, it would need to be bigger than the diameter of a star, like our sun. This would mean that a minimum diameter of 1.4 million kilometers would be required. To put this into scale even further, a Dyson sphere would essentially need a diameter over a hundred times that of the Earth. Pretty mega.

A Dyson sphere would also require huge amounts of resources, including millions of tons of metal and circuitry. This is part of the reason why humanity is currently far from building such a structure. But, would we really want to build one, anyway? What would the real benefits be?

Why Would We Build a Dyson Sphere?

Related: Can Humans Live on Mars? The Technology That Can Make It Happen

This would prove hugely beneficial for humanity, given that it would totally negate the need for non-renewable energy sources such as coal, oil, and gas. The current climate crisis associated with the use of harmful fossil fuels is now reaching a breaking point, with countries scrambling to reach their environmental initiatives, while other nations ignore the crisis altogether. It is clear that humanity is in need of a renewable and dependable energy source, and this is where Dyson spheres could be hugely beneficial.

Dyson spheres would also allow for people around the globe to access sufficient amounts of energy, without the need for power stations. Essentially, using a Dyson sphere could power our entire planet effortlessly, giving people in third-world countries the ability to achieve a higher quality of life.

In a sense, the successful use of a Dyson sphere would totally change the world as we know it, and could help in reducing the effects of climate change that are threatening our planet. While this sounds pretty incredible, building a Dyson sphere certainly wouldn’t be a walk in the park in humanity, and it might still be hundreds or thousands of years away from becoming a reality.

How Realistic Are Dyson Spheres?

Given that Dyson spheres are such massive structures, it certainly isn’t possible for us to build one at the moment. A big reason for this is the time and resources it would require to transport the materials needed for the Dyson sphere.

Related: How Do Rockets Land Back On Earth? The Amazing Tech Involved

But, the difficulties surrounding the Dyson sphere do not stop at the resources. The scale of engineering required to build this megastructure could not be orchestrated with our current scientific and mechanical capabilities. Building a structure of this scale is simply out of the question at the moment, even for the world’s best scientists and engineers.

Additionally, the huge gravitational pull of the Sun, or any star, could cause some issues with the construction of a Dyson sphere. The structure would have to be close enough to the Sun to absorb a sufficient amount of energy and remain in its orbit, but far enough away so as to not succumb to its gravitational pull (resulting in the total collapse of the structure).

Lastly, the sheer cost of building a Dyson sphere would be pretty unimaginable. It already costs billions of dollars to launch shuttles into space, and a Dyson sphere would be thousands, if not millions of times bigger than these vehicles. So, humanity would really need to band together and pour a lot of money into this project, which may even end up being a failure on the first attempt.

In short, Dyson spheres are currently far from becoming a reality, and it is more than likely that we won’t live to see one built in our lifetimes.

Dyson Spheres Are Not an Impossibility

While Dyson spheres may currently sound a little sci-fi, they aren’t actually impossible for humanity to achieve. Unlike time travel or teleportation, the physical and mechanical concepts behind Dyson spheres are far more realistic and could be achieved over the next few centuries, if humanity continues to advance at a relatively speedy rate.

However, there is really no knowing for certain whether or not Dyson spheres will ever be a feasible venture for reality. Our great-great-great-grandchildren will probably have a better idea.

With huge technological leaps being made every decade, one can only assume that our world will look very different in a century or two from now. While we may not be building Dyson spheres, we’ll certainly be developing other amazing technologies that will change the way we live our lives. Here’s to the future!

The 6 Most Influential Inventions of the Past 100 Years

The past century has been pretty innovative, changing our lives with various unique innovations.