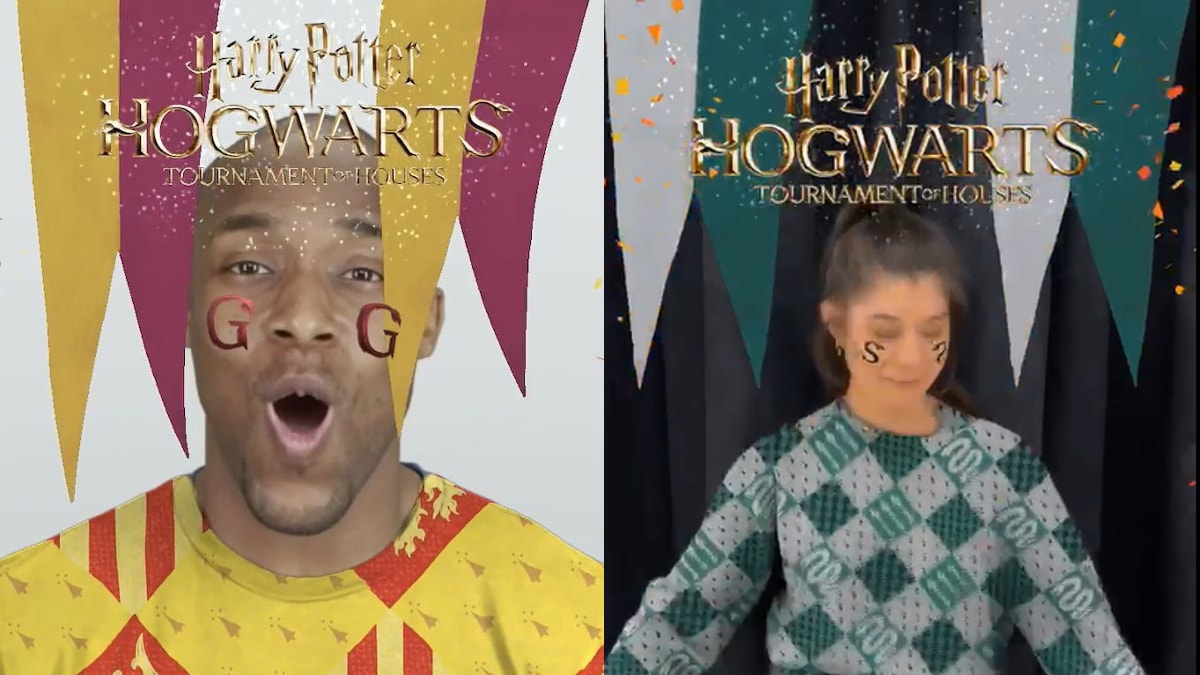 Snapchat has partnered with Warner Bros. to introduce a new Harry Potter Lens. This new lens has launched just days before the premier of the four-part quiz show competition series – Harry Potter: Hogwarts Tournament of Houses on Sunday. Snapchat says fans will be able to speak to the camera using its VoiceML technology, to magically dress themselves in festive Hogwarts house colours, attire, and face paint. The famous four houses at Hogwarts in the very popular Harry Potter franchise are Gryffindor, Hufflepuff, Ravenclaw, and Slytherin.

The new Snapchat Harry Potter lens has been introduced to celebrate the 20th anniversary of the first Harry Potter film and ahead of the competition series, “Harry Potter: Hogwarts Tournament of Houses,” airing on November 28. The show will premiere at 8pm ET/PT (6.30pm IST) on TBS and Cartoon Network, with new episodes each Sunday. Using VoiceML technology, Snapchat users will be able to say things like “Go Go Gryffindor,” and “Take a Snap,” to virtually dress up, and send photos to their like-minded Potter friends in the lead up to the show.

How to use the Harry Potter lens on Snapchat

Follow these simple steps to use the new Harry Potter lens on Snapchat:

Tasneem Akolawala is a Senior Reporter for Gadgets 360. Her reporting expertise encompasses smartphones, wearables, apps, social media, and the overall tech industry. She reports out of Mumbai, and also writes about the ups and downs in the Indian telecom sector. Tasneem can be reached on Twitter at @MuteRiot, and leads, tips, and releases can be sent to tasneema@ndtv.com.
More